Radioactive Networks teamed with REZN8 to create a demonstration of real time 3D computer graphics rendering combined with the acquisition of GPS position data from the field.

The demonstration for a multi-national company placed GPS receivers on two highly modified scooters. These scooters were then driven by two of the companies management in a race of wits. 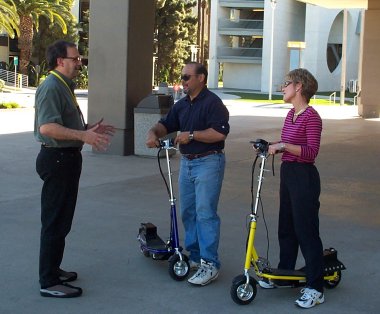