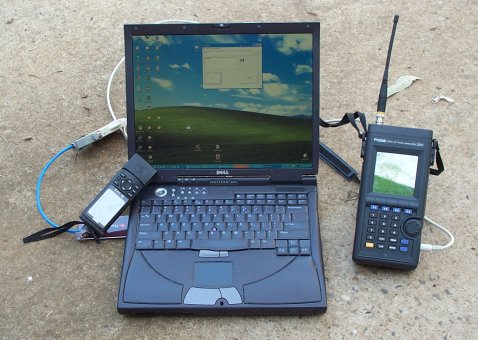 Radioactive Networks designed and built a distributed automatic beacon system based arround the Kenwood D700 radio for automated field strength surveys. The Radioactive Networks beacons operate synchronised to GPS clocks allowing for a number of transmitters to operate at diverse locations without interfering with each other. The unit was built for use by Lateral Linking for site surveys for the event.

Every five minutes the embedded processor turns on the embedded radio. Once the radio has stabablised, the station identifies with a few seconds of quick morse code. Following the ID, continuous tone is sent for three seconds on high, medium and low power .

Specialised software polls a field strength meter every second, and logs this data along with the GPS position allowing comprehensive surveys to be performed automatically. 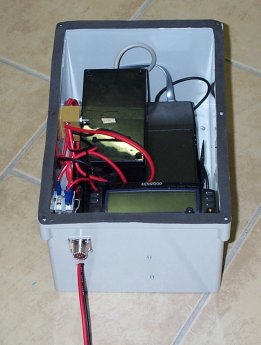 The entire system relies on the intelligence built into the Kenwood D-700 radios. These radios are fully controllable from the SERIAL port – to the point of starting to transmit and also changing transmitter power. This simplified the integration of the whole system.

This is the second major project that Radioactive Networks has used the capabilities of the D700. Previously the D700 radios were used to track scooters in a technology demonstration for a major multinational organisation. 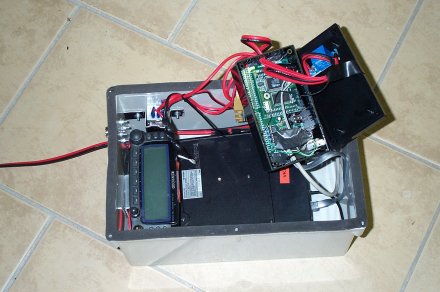